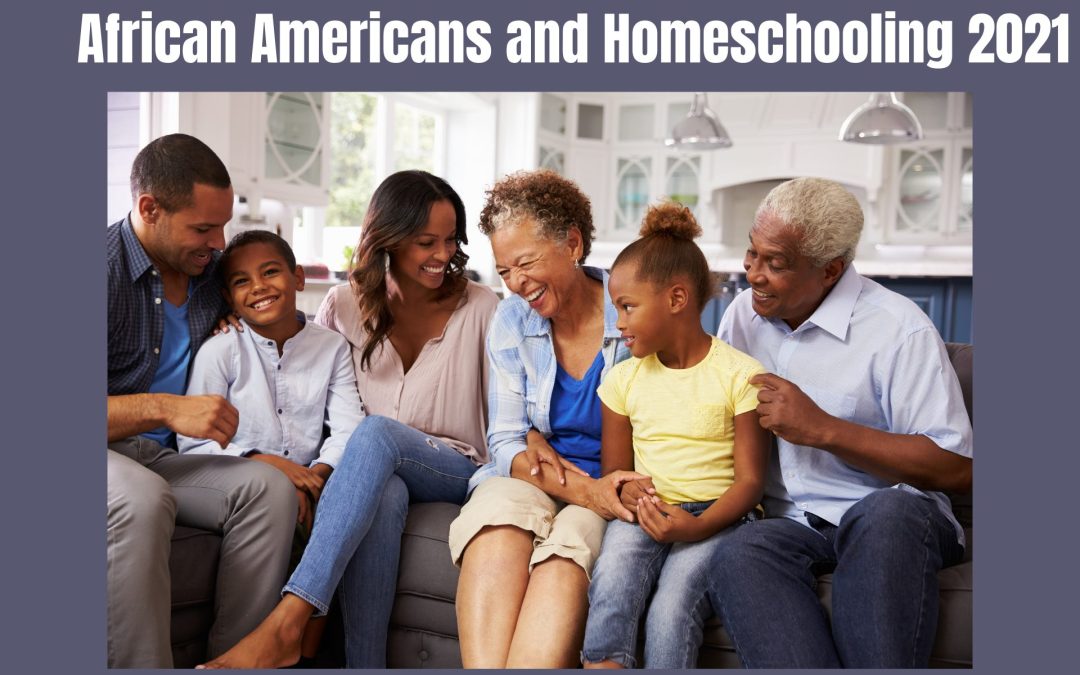 The homeschool movement has expanded it’s reach dramatically during the 2020/2021 pandemic and its related lockdowns and forced school closures.  Many families have decided to not to send their K to 12 students back to school despite broadscale re-openings during school year 1920-1921.  As part of the rapidly expanding homeschool enrollment phenomena, more and more African American families are moving to the homeschooling model.

Homeschooling is on the rise among African-American families and COVID-19 has prompted more families to explore this awesome educational option.

But despite evident enrollment progress, difficulties still exist.  In August 2021, the African-American Homeschool Network (https://www.facebook.com/africanamericanhomeschoolnetwork) noted that “The African-American home school movement is growing, however there is a lack of on-line networks.” (https://www.pinterest.com/virtuallysplendid/african-american-home-school-network/#:~:text=Aug%201%2C%202021%20-%20The%20African-American%20home%20school,support%2C%20encourage%2C%20and%20promote%20African%20American%20Homeschool%20families.)

HISTORY OF THE MOVEMENT

All parents who make the decision to move their children to homeschooling tend to share many common reasons for leaving the public school system.  For the most part, these reasons do not vary much from one ethnic group or culture to another.  Parents and their children hold many common desires and principles, worldwide.

Just as do other cultural groups, African American homeschoolers turn to homeschooling to protect their children from drugs and bullying and in the hopes of getting more individualized attention and instruction for their kids.  And this is not a new direction.  As long ago as December 2014, George Noblit, an education sociologist at the University of North Carolina at Chapel Hill, noted that “For African Americans, the current state of education is actually not one that is conducive to kids learning,” In an interview with FoxNews.com, Noblit said “More and more kids end up not being served well.  African Americans are positively saying – It’s time to find a better educational situation.”

PBS news commentator, Hari Sreenivasan, observed in April of 2018, in a news segment titled “Black Families Increasingly Choose to Homeschool Kids,” that, in the homeschool growth area, “One segment of this growing movement – African Americans – are looking to provide their children the history and social context they say can’t be found in public schools.  (https://www.pbs.org/newshour/show/black-families-increasingly-choose-to-homeschool-kids PBS/Apr 22, 2018 4:23 PM EDT – Black Families Increasingly Choose to Homeschool Kids)

The organization, National Black Home Educators (https://www.nbhe.net/)  reports that “the number of African American families who are choosing to homeschool their children is rising exponentially.”

In the most recent census tally, about 16 percent of African American respondents told the Census Bureau they were homeschooling, compared to 12.1 percent of Hispanics, 9.7 percent of non-Hispanic whites, 8.8 percent of those of Asian background, and 11.6 percent of “other race.”

In fact, according to the same census bureau survey, 3.3 percent of Black families were home-schooling their children in spring 2020 at the beginning of the pandemic, but the figure jumped to 16.1 percent of Black children in the fall of 2020. (NBC News, September 2021)

Marnita Coleman, a special correspondent to the black media authority, AFRO, wrote also on March 24, that “Homeschool [is] on the rise among Black families during [the] pandemic.”

Numerous organizations are working in support of the African American homeschooling movement. Multiple  conferences have sprung up around the country in support of African American families and their homeschooled children.  The 10th Annual African American Children and Families Conference, established by the University of Northern Iowa, started “with hopes of promoting diversity and better understanding among all people as we strive to help children attain positive goals in life.”  The conference website at https://aac.uni.edu/ indicates that the event “engages local, state, regional, national and international stakeholders in meaningful dialogue and problem solving to serve African American children, families, communities and allies.” The group promises to ensure “the delivery of culturally relevant information, by providing resources and documentation re-igniting the power to focus on the unique strengths and needs of Black children” and promotes a message of “improving and advancing the quality of life for Black children and their families through education, support, and advocacy.”  (https://aac.uni.edu/ )

Black families have become one of the fastest-growing demographics in homeschooling, with black students making up an estimated 10 percent of the total U.S. homeschooling population.

Ashantai Hathaway, writing for NBC News on September 2, 2021, successfully summarized the current status of African American homeschooling in the U.S.: “Nationwide, Black parents are reporting their challenging experiences with their kids in public, private and charter schools, prompting many to reconsider their educational options. Data show that, facing racism at school, bias from some teachers and curriculums that parents deem inadequate, more Black families than ever are choosing to home-school their children. After a year of virtual or hybrid learning and the unknowns of a new school year during the pandemic, more parents see that route as the best option.”