How to Use Gameschooling to Switch Up Your Homeschool Routine 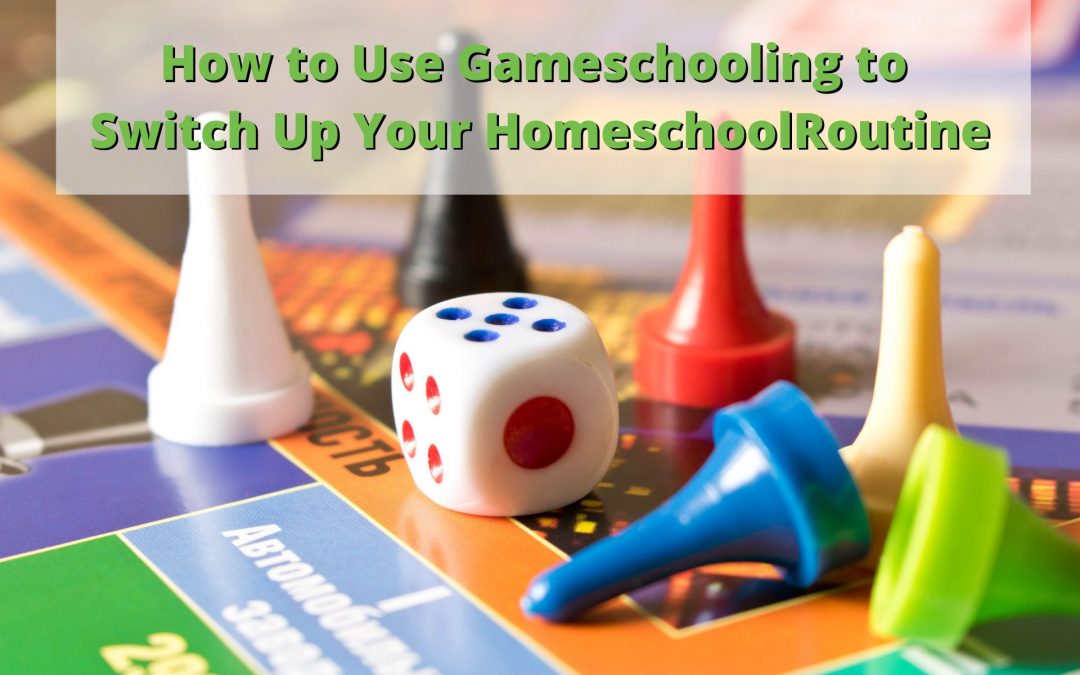 The past year has brought all of us to a position of having to readjust our realities and learn to live in ways to which we have not previously been accustomed.  Parents of children in their K to 12 years have been especially challenged to sort through educational options to make the optimum choices in providing our children the best academic experience possible while public schools remain in a state of schedule disruption based on the vagaries of an international pandemic. During these confusing times, most school children are now being home schooled in one form or another.

One of the rather unusual approaches to elementary and secondary education, and perhaps one of the options parents are least informed about, is called “Gameschooling.”  It is a teaching model literally based on playing board and digital games as a way of learning core subjects.

Although Gameschooling is sometimes misunderstood and other times disregarded as a non-viable academic model, the idea has been around for some time and does demonstrate rather dramatic results when used in homeschools.  A blogger for the website https://homeschooliowa.org/gameschooling/ points out that, not only is gameschooling not just a side-pursuit to entertain students, but that “Games aren’t just ‘extras’ in our homeschools.  They give my children a safe place to try (and sometimes fail), try again, and ultimately learn in a low-pressure, fun environment.”  “When we play games together as a family, we learn together, build relationships, and make memories, too.”

Katrina, a writer for Boxed Cat Gamers, points out that “There are a number of definitions for gameschooling floating around on the Internet.  Some specify that it’s a homeschooling approach, utilizing games as part (of all) of the homeschool day.  Some definitions are more broad, stating that gameschooling is any time games are used in an education setting.  Still others distill it down to simply the idea of learning through play.” (https://boxedcatgamers.com/introduction-to-gameschooling/ )

Katrina further points out that “Often times children may not even realize that they are learning. Much like reading a book, it can engage your child’s imagination or attention without looking at a screen.” (NOTE: digital and virtual games are also often used in gameschooling.)

The website Adventures in Gameschooling indicates the teaching model includes “using board games in a school setting to teach concepts or life skills.  It often refers to games within homeschooling.  Gameschooling isn’t limited to just homeschool and is sometimes referred to as ‘game-based learning’ in a traditional school setting, though in that context it can include digital games as well.” The site calls out benefits of gameschooling including:

Just as homeschooling is different for every family and student that chooses the educational model, gameschooling will look entirely different for each individual family.  Some families will look for games that were made to teach what the children have been learning in the classroom.

“Other families will use just about any game, educational or not, for concepts they want their children to learn such as logic, strategy, reading skills through text on cards, and math skills by adding up scores. Gameschooling, to some families, may include more time spent playing games than traditional bookwork in their curriculum. While others want games that supplement bookwork. That’s okay. Game-based learning has a place no matter what your teaching style – from un-schooling to classical learning and everything in between.

Some people use the games organically, where information and skills are obtained simply by choosing a game and playing.  Others choose games to direct a topic they’re studying.  There are homes that use games as their entire curriculum, and still others where the games are used in conjunction with a formal curriculum.  They are games, so there’s really no end to their application as learning tools.  Oh, and they’re fun too!“ (https://pictureofahomeschool.com/what-is-gameschooling/ )

The website https://whenonline.org/gameschooling/ offers a great list of the potential benefits of gameschooling including (but not limited to):

Some homeschools use games to assist students in obtaining information and skills just by playing a particular game. Gaming can also be used to direct topics, as an entire curriculum, or as part of a more formal teaching approach. Games are generally versatile enough to cover a “wide range of topics, ages and skills levels” and provide the opportunity for students to experience multiple learning levels playing just a single game. (https://pictureofahomeschool.com/what-is-gameschooling/ )

Using gameschooling as a teaching model is not the same as “dumbing down” the educational content. In fact, games “allow us to use ‘collective intelligence’ and it turns out that, collectively, kids are not stupid!

James Gee, professor of literacy studies at Arizona State University, believes that games “help us develop non-cognitive skills that are as fundamental as cognitive skills in explaining how we learn and if we succeed. Skills such as patience and discipline, which one should acquire as a child but often does not, correlate with success better than IQ scores do.  And those non-cognitive skills – that is, not what you know about but how you behave – are far better suited to a game context than to a traditional classroom and textbook context.”   (https://news.stanford.edu/2013/03/01/games-education-tool-030113/ )